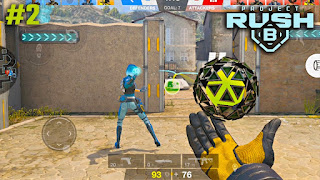 Project RushB is a 5v5 hero-based tactical FPS game, based on bomb defusal. The game is fast-paced, which means players can start playing the game anywhere and finish within 15 minutes. Players will go head to head against another team and try to diffuse the bomb before time to win.

The game also features many heroes with distinct skills and abilities, each hero has 3 special skills, which prevents users from running out of special skills or abilities during the game and also brings variety to the game. Project RushB takes the tactical shooting game experience to another level with the 5v5 format, where players will be able to work together as a team of 5 where they will form strategies and diffuse the bomb.

One game consists of 13 rounds, and the team that won 7 or more rounds wins the game. This is where coordinated teamwork and the right use of skills come to use to race against the clock and defeat the opponent team.

The gameplay of Project RushB

Since the release, I’ve been playing it. Even for phones that aren’t as upgraded for gaming, graphics are still amazing. 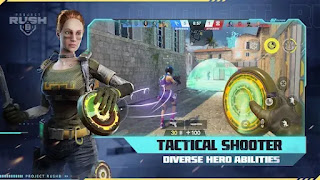 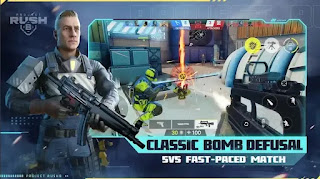 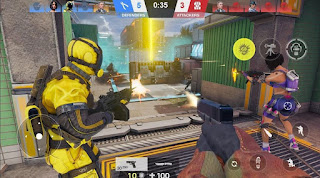 The controls are extensive and easy to use. A very immersive competition mode allows every mobile rank player to enjoy the game

This was the latest update on 26 April 2022. Currently, this game has 1,000 + installs which shows that this game will become popular in just a few days of release.

It supports all andoid versions. you can also play this game on tablets.